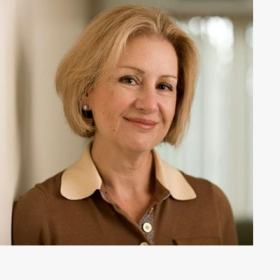 Dr. Rasgon is a Professor in the Department of Psychiatry and Behavioral Sciences and Obstetrics and Gynecology in the Stanford School of Medicine. Dr. Rasgon has been involved in longitudinal placebo-controlled neuroendocrine studies for over two decades, and she has been involved in neuroendocrine and brain imaging studies of estrogen effects on depressed menopausal women for over 10 years. In addition to her duties as a Professor of Psychiatry and Obstetrics & Gynecology, Dr. Rasgon is also the Director of the Stanford Center for Neuroscience in Women’s Health and Associate Dean of Academic Affairs for the School of Medicine. She has an extensive history of teaching and mentoring, and many of her trainees have secured independent faculty positions in academia.
View Full Biography »

You may also submit a web referral or complete a referral form and fax it to 650-320-9443 or e-mail the Referral Center at ReferralCenter@stanfordhealthcare.org