Disorders involving the larynx, airway, and upper esophagus can interfere with our ability to speak, breathe, and swallow, profoundly impacting our quality of life. The Stanford Voice and Swallowing Center offers specialized evaluation and treatment of many of these disorders. If you are having problems with your voice, breathing, and/or swallowing, call and make an appointment with us today. 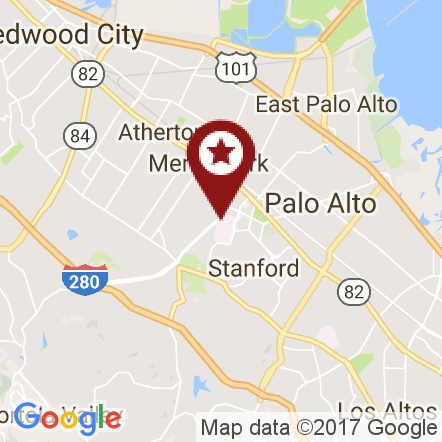 Care and Treatment for Voice and Swallowing Disorders

Ann Kearney, M.A., SLP, received her Master's degree in speech pathology from the University of Iowa. She completed her Clinical Fellowship Year (CFY) at North Coast Rehab Center in Santa Rosa, CA.  After her CFY, she moved to San Francisco and became the Director of the Speech Pathology Department at San Francisco General Hospital, an affiliate of UCSF. It was during this time that she became interested in post laryngectomy speech rehabilitation and trained with Mark Singer, MD.  From there, she moved to Boston and spent time at the Brigham and Women's Hospital (BWH), a training hospital for Harvard Medical School.

She was a member of the Voice and Swallowing department and worked with Kitty Verdolini, PhD and Marvin Freed, MD.  After several years at the BWH, she moved to Tufts/New England Medical Center where she was the voice specialist for the Department of Otolaryngology and worked directly with the Chair of the Dept., Stanley Shapshay, MD.

Ann has been with the Department of Otolaryngology-Head and Neck Surgery since 2003.  She has been active with the laryngectomee community. She is the program coordinator for CEU courses offered through the department, such as Stanford's TEP course and an Advanced FEES course.  In addition, she is the co-organizer for the head and neck support group at the Cancer Center.  Her interests include post laryngectomy rehabilitation, voice therapy in the professional voice user, swallowing disorders in head and neck cancer, and spasmodic dysphonia. She is board certified in swallowing disorders and certified by the IAL/Voice Institute.

The Stanford Voice and Swallowing Center offers an extensive online resource of general health information. Please do not substitute information on this website for professional advice, a diagnosis of your condition, or a recommendation about the course of treatment for your particular circumstances. This information is not intended to be, and should not be used as, a substitute for medical treatment by a health care professional. You should never disregard or delay seeking medical advice because of what you have read on this website.

We are proud to have earned the 2020 recognition from the Human Rights Campaign Foundation "Healthcare Equity Index." 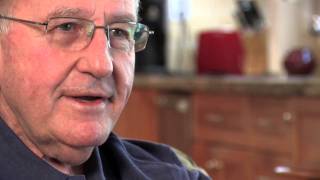 Speaking up to Save a Voice: New Surgery Creates a Vocal Platform

After radiation failed to treat his squamous cell carcinoma, Jerry Young’s doctor performed a rare surgery that spared his voice.

Save time in the clinic by downloading, printing, and completing these surveys in advance and bringing them with you to your appointment.