There are several types of central venous access catheters:

When and how are central venous access catheters removed?

When the central venous access catheter is no longer necessary, or if a catheter-related infection arises, interventional radiologists can assist in removing the catheter. Certain catheters—such as PICC lines and Hohn catheters—can be easily removed at the bedside or in clinic. Other catheters may require dissection of the cuff from the subcutaneous tissues, which requires sterile technique, local anesthetic and possibly sedation. Port catheters require a small incision for removal.

Our new outpatient Cancer Center in San Jose provides the latest in world-class cancer care and other complementary practices. 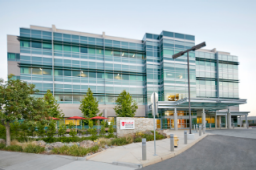