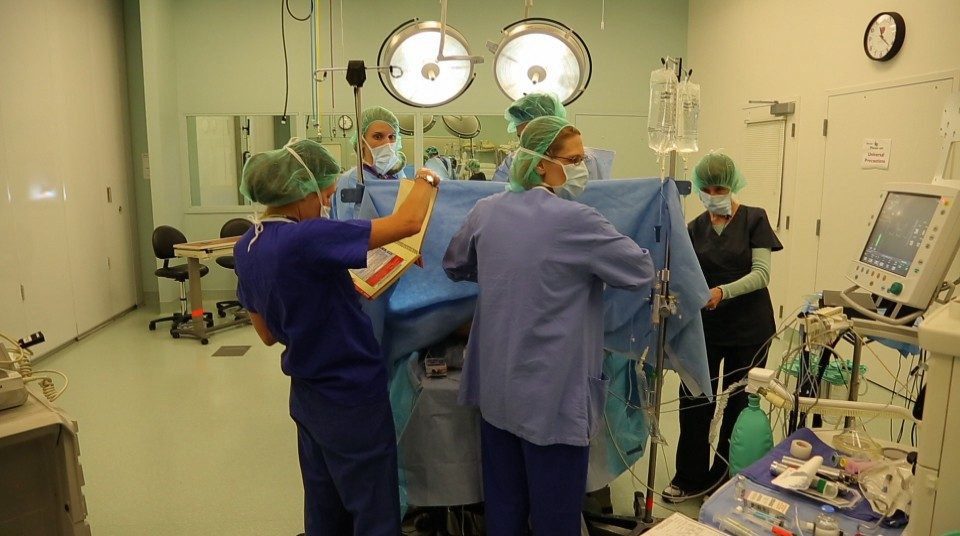 Doing It Right When It Matters

It is not a secret that people generally don’t perform well in a crisis. They forget lessons they know by heart, complete some steps in the wrong order, and neglect others entirely. This isn’t failure to prepare or weakness of character, it’s just how humans are wired.

But that doesn’t mean these issues can’t be overcome. Emergency manuals, combined with teamwork skills, have a long history of helping people handle rare crises in aviation, nuclear power, and other areas. These small, succinct booklets provide specific, step-by-step guidance to diagnose a problem and manage it. They don’t replace human expertise, they focus it.

The Stanford Anesthesia Cognitive Aid Group, Stanford Medicine, and Stanford Health Care have spent the past several years bringing emergency manuals to surgical suites both locally and globally, and they are about to launch the third edition locally. The manual acts as an extra layer of quality control, ensuring that, in an emergency, nothing gets missed.

“In the heat of the moment, you can forget how to do things you know perfectly well,” said Sara  Goldhaber-Fiebert, M.D., Clinical Associate Professor of Anesthesiology, Perioperative & Pain Medicine, and a driving force behind the manual. “There’s also less-used, rare knowledge, like medication dosing for malignant hyperthermia, which is an allergic reaction to anesthesia. It’s something you’re tested on, but you never use it because it’s one in ten thousand.”

Accuracy, Speed, Ease of Use

The problem with emergency situations is that they happen fast and ratchet up stress, not the best circumstances for cognitive performance.

“If you’re trying to remember all ten reasons why a patient’s heart has stopped, under stress you might recall nine out of 10,” said  Goldhaber-Fiebert. “You’d get an A on the test, but if the patient has the tenth one, it’s not so much an A anymore. Even more concerning, it’s common to rattle off but forget to actually rule out or treat many of those 9 causes.”

The emergency manual is designed to overcome these problems. By bringing renewed calm to the operating room, the booklet is helping communication and enabling the team in their efforts to diagnose and manage the problem. “We’re now literally and metaphorically ‘on the same page.’”

The team leader works closely with a “reader.” The reader grabs the manual and, with input from the leader and team, zeros in on the pertinent pages. The book contains concise information on 25 events: what to look for, which steps to take, and what else might be going wrong. It’s not cookbook medicine, the leader and the rest of the team synthesize the information with their best judgment. “Using it makes sure we are dotting all the i’s and crossing all the t’s, in an organized way, which actually makes clinicians feel much calmer and more effective,” said Goldhaber-Fiebert. “At the same time, it frees up our brain power to focus on expert tasks, like integrating all incoming information and coordinating team actions.”

The new edition has been tirelessly tested and retested by a team of dozens: the Stanford Anesthesia Cognitive Aid Group, Barbara Burian (a senior researcher at NASA), the Emergency Manuals Implementation Collaborative, and many others. Their driving mission was to make it faster and easier to use it effectively.

“This version had a whole team of people, working hundreds of hours, condensing the literature for each of these events to create this haiku, and then continually re-testing it,” said  Goldhaber-Fiebert.

The team had to condense procedures that would fill a book chapter into a couple of pages. The key was focusing on the essentials. What does the leader absolutely have to know?

Every design aspect has been diligently scrutinized. A table of contents was replaced with laminated side tabs – shaving off several seconds in finding the right event. Many refinements are quite simple. Key words have been bolded. Continued warns the reader they may have opened up in the middle of an event description. “If___go to___” helps nudge clinicians to escalate care or broaden the differential diagnosis if a patient is rapidly worsening.

The team was relentlessly detailed: The grommet is made from non-magnetic metal to keep patients safe during an MRI.

The Stanford team conducted numerous simulations as well as interviews after clinical events, finding the manual reduces stress, prevents omissions, and promotes calm in a crisis. Having a reader ensured all participants were on the same page and following the right steps in the correct order.

Harvard collaborators, from Ariadne Labs, compared simulations completed with and without a similar manual of crisis checklists. During these tests, the manual reduced the number of omitted key steps by 75 percent.

Concerns that it might distract in an emergency have proven unfounded. During the simulations and clinical events, the surgical teams focused first on immediate actions. When able to pick up the manual, they found it helped them to focus and did not distract. Noticing though that many clinicians forgot to pick up the useful manual, even after it became culturally acceptable, Goldhaber-Fiebert hit upon training the entire team to ask an empowering question, “Would you like me to get the Emergency Manual?” This question triggered effective use.

When the first edition rolled out, Goldhaber-Fiebert and others thought it might face resistance from surgeons, but that didn’t happen. One surgeon told her: “You don’t know how disempowering it can be when your patient is struggling in front of you from a non-surgical cause, and there’s nothing you can do to help. Now I can help, and we all know the plan.”

The emergency manual has already improved care at Stanford and around the world. It’s available for free at http://emergencymanual.stanford.edu and has been downloaded more than 400,000 times globally. A toolkit of implementation and training materials, from the Emergency Manual Implementation Collaborative, is available at www.emergencymanuals.org.

Stanford operating rooms are now launching the new version, with Diane Alejandro-Harper, Manager of Anesthesia Technical Services, co-leading implementation team along with Goldhaber-Fiebert. They sought extensive input on placement from all types of OR clinicians to make sure the manual is easily visible and accessible while not disrupting daily workflow. Operating room teams are now training together, including manual use, in a new program called InterCEPT (Interprofessional Communication Education Program on Teamwork) led by Dr. Jim Lau, Clinical Professor of Surgery, in collaboration with Drs. Goldhaber-Fiebert, Fanning, and Austin from anesthesia and Sarah Hirx, manager of perioperative education.

“An emergency manual doesn’t replace professional judgment,” says Goldhaber-Fiebert. “It’s just an enabling nudge to make sure we’re doing everything we should be doing.”

Learn more about the Stanford Emergency Department, a Level 1 Pediatric and Adult Trauma Center, serving children and adults and treating major and minor illnesses and injuries.