A middle school teacher is relieved of crippling back pain after Stanford surgeons implant a device to prevent a herniated spinal disc from recurring.

For over a year, Andrea Hogue had almost unrelenting pain. It started in October 2019 with numbness that shot down her left leg, wrapped around her calf and caused her foot to spasm.

“I tried everything,” said Hogue, a sixth-grade teacher at a middle school in Merced, California. “Heating pads, ice packs, CBD oil, over-the-counter pain medications. But nothing worked.” Her doctors prescribed physical therapy and painkillers. The pain just got worse. For months, she couldn’t sit or stand. She spent most of her day in bed.

“It hurt to sit down,” said the 55-year-old. “It hurt to stand up. It felt like my whole left leg was in a permanent cramp.”

An MRI showed she had a herniated disc that was impinging on her spinal nerve. Spinal discs, which act as cushions between each of the 33 vertebrae that make up the spine, can develop bulges, or hernias, when the soft inner core protrudes through the tougher outer ring. If the hernia presses on a nerve, it can cause pain and numbness.

Hogue called Stanford Health Care – ValleyCare and was scheduled for a common spinal surgery called a discectomy. During this endoscopic procedure, surgeons remove the bulge that’s pinching a nerve. At first, the discectomy, which took place in July 2020, relieved much of her suffering. But Hogue was one of the 5% to 20% of patients whose disc reherniates after a discectomy, a worrisome outcome that researchers began studying at Stanford more than a decade ago. Two months after her surgery, Hogue was back where she started: in severe pain, lying in bed and in need of another option.

A few months later, a solution emerged: Her surgeon, John Kleimeyer, MD, clinical assistant professor of orthopaedic surgery, recommended she undergo a second discectomy, one that would include the implantation of a recently approved device designed to prevent reherniations. The tiny apparatus, called a Barricaid annular closure device, or simply Barricaid, consists of woven mesh attached to a titanium anchor. The anchor is implanted into the vertebral bone, and the mesh blocks the hole. Researchers who followed patients for six months after receiving the implant found that reherniations were greatly reduced. 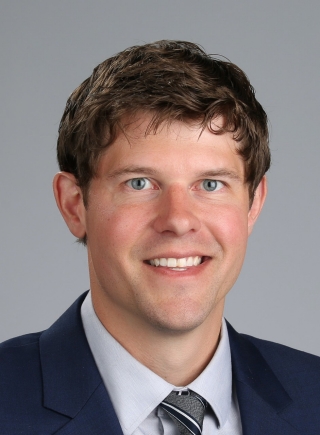 Hogue agreed and underwent the second spinal surgery. It was the first time this procedure had been done in California following Food and Drug Administration approval of the device in 2019. And it was a success.

“I didn’t know what a fog I was living in,” Hogue said several weeks after the surgery, which took place in November. “I feel like I just woke up. I’ve been taking walks with my dog, and that has been wonderful. I’m so thankful not to be staring at the ceiling all day.”

Eugene Carragee, MD, a professor of orthopaedic surgery at Stanford Medicine, grew concerned about reherniations more than a decade ago. “A discectomy is a simple, quite successful procedure,” he said. “It’s also the most common spinal procedure. But for a small percentage, reherniation is a serious problem that can lead to progressive, recurrent back disability.”

Carragee began researching the causes of and treatments for reherniation in his lab around 2010. Due to an injury in the Iraq War, he is no longer able to perform herniation surgeries, but he still treats patients in the clinic and conducts research.

His team videotaped about 300 discectomies through a microscope, noting the shape and size of the hole or defect caused by the protrusion. They followed the patients at Stanford Health Care who underwent the discectomies for more than five years. 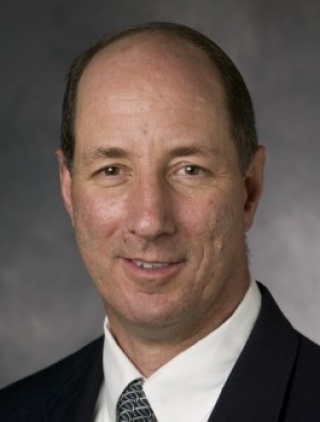 “We found that the reherniations occurred in the patients with the larger defects or holes,” Carragee said. “If there could be a device that successfully blocked the hole, we figured it would probably save a lot of people from progressive, recurrent back disability.”

The discovery spurred multiple efforts by private companies to figure out how to block the hole. Intrinsic Therapeutics was one of them; working with Carragee, it eventually developed Barricaid, which was approved by the FDA in 2019. The device can be used in a second surgery, like Hogue’s, but ideally, it’s used during the first discectomy to avoid further surgery.

Carragee was thrilled that the device had been used successfully in a patient at Stanford. “This is truly a great example of an observation being made in the clinic that’s brought to the lab and leads to innovations,” he said.

Hogue said she is just grateful the new implant came along in time for her to benefit from it. The procedure to implant the device has greatly relieved her pain, she said, and her surgeon expects it will prevent the need for further, more invasive spinal surgeries.

“I’ve been taking things slowly,” said Hogue, who is teaching again. “I was limping and dragging my leg for so long. Just being able now to walk around my neighborhood is amazing. I’m actually laughing again.”

Get complete spine care close to where you live or work. You can schedule more than one appointment with more than one specialist in one convenient visit at the Stanford Medicine Spine Center.
650-725-1125

Get complete spine care close to where you live or work. You can schedule more than one appointment with more than one specialist in one convenient visit at the Stanford Medicine Spine Center.
650-725-1125