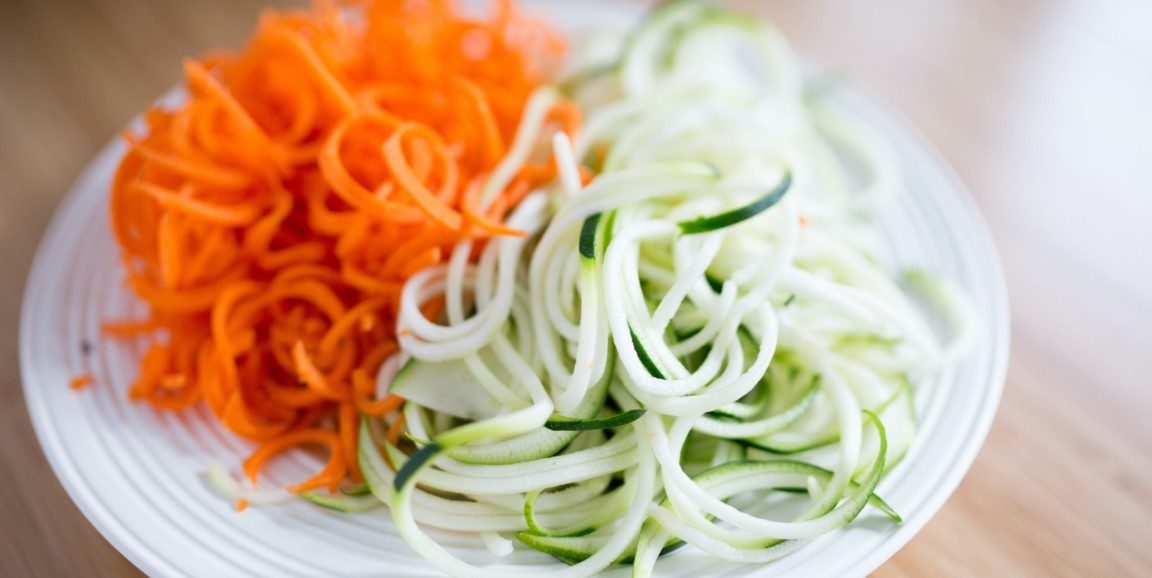 Quick and easy food substitutions for a heart-healthy diet

Adopting a healthier diet doesn't always mean drastic, sweeping changes. It can be as easy as opting for some simple food substitutions, which can make a big difference to the health of your heart.

Plant-based foods are healthier, Groppo said, because they contain phytochemicals, or plant compounds that help the body heal and repair itself. Because plants don't have cholesterol in their cell walls, plant-based foods are naturally cholesterol-free and, with a few exceptions, also lower in saturated fat and sodium.

"Ask yourself, when you look at the food, do you know what it is? If you can say, 'Those are pieces of zucchini,' 'That's a bean,' or 'That's a vegetable,' then you know it's a go-to food."

Tofu, beans and lentils are all heart-healthy options that can substitute for meat in your favorite dishes. Instead of using ground beef as taco filling, Groppo suggests mixing low-sodium taco seasoning into cooked lentils or diced extra-firm tofu, along with sauteed garlic and onions.

For burgers, try grilling a portobello mushroom marinated in balsamic vinegar, plus a splash of low-sodium soy sauce. Or try the simple, five-ingredient bean burger recipe at the bottom of this story.

Another heart-healthy swap is trading simple carbohydrates, such as white bread, pasta, or potatoes, for veggie-based alternatives with more fiber. For instance, try swapping in roasted carrot sticks instead of French fries, or use lettuce instead of tortillas or hamburger buns to wrap tacos or burgers.

The bottom line is, you want more fiber -- the part of a plant food that's harder to digest. It acts a bit like a scrubbing brush for the digestive system and can help lower LDL (the bad kind of cholesterol) and triglycerides, which are both risk factors for heart disease when too high.

"You can think of a processed grain as almost like a pre-digested food," Groppo said. "The food companies did all the processing that your body should have had to do."

Eating too many processed carbohydrates can raise blood sugar and lead to type 2 diabetes, which doubles your risk of cardiovascular disease. Some great options for reducing simple carbs include eating oatmeal instead of processed cereals, using brown rice instead of white or trying recipes with almond flour, as seen in the banana-almond muffin recipe below.

Thanks to a variety of noodle alternatives, avoiding simple carbs doesn't have to mean giving up pasta-style dishes. Zucchini noodles, also called "zoodles," are available in most supermarkets or can be made at home with a spiralizer -- a kitchen gadget that cuts veggies into long, thin strips. Carrot spiral strips are also a tasty noodle replacement, Groppo said, "but you just want to be careful not to overcook them."

In fact, some recipes recommend baking zucchini or carrot spirals in the oven, rather than boiling them, to avoid making them too watery.

Thinly sliced zucchini or eggplant can also make a great substitute for lasagna noodles, Groppo said. For those who prefer a starchier mouth feel, she suggests trying replacements made from chickpeas or lentils. "These provide more energy and starch with the fiber," she said, "but they can be an excellent choice especially for kids, who have higher energy needs for growth and development."

For anyone looking to drastically cut carbs, she recommends shirataki noodles, made from a plant called konjac, a tuber-like root vegetable that grows in Southeast Asia. Also called "miracle noodles," these thin white noodles contain about 97% water and 3% glucomannan, a mostly non-digestible type of fiber, making them very low-calorie. Their flavor is also very mild, and they tend to absorb whatever spices or marinade are used in a dish.

"They're a bit more chewy, and they have a funny smell when you first open the package," Groppo said. "But when you boil them, that smell goes away."

Groppo cautions that not every food substitution will be right for everybody, and labels like "gluten-free" or "keto" don't automatically make a product healthy. In fact, many gluten-free packaged goods are made primarily from rice flour, which can raise blood sugar levels and triglycerides just as much as white flour.

Instead of trying to reinvent your whole diet at once, Groppo recommends picking one new food to experiment with at a time, or one new ingredient to buy each trip to the grocery store. "Try to start small. Just start with one meal. It doesn't even have to be every time you eat."

These whole-wheat banana mini-muffins are packed with protein, contain no added sugar, and are so fluffy and moist! They're easy to make, too, with basic ingredients and only one mixing bowl. Feel free to add mix-ins of your choice, like chocolate chips or toasted nuts.

Mix ingredients in a bowl. Spray mini-muffin pan with oil. Add to muffin pan. Bake about 15 minutes until done.

These tasty burgers are easy to make and can be varied by changing up the beans and spices. Try curry burgers, made with garbanzo beans and curry spice; Mexican burgers with black beans and taco seasoning; or Italian burgers, with pinto beans, basil, and oregano. Or experiment to create your own varieties!

Mix all ingredients in a bowl and shape into 6-8 patties.

Pan fry in a small amount of oil or on a nonstick griddle.

Serve with all the regular burger fixings.

Rinse and drain canned garbanzo beans, or boil them from dried.

Add 2 teaspoons of olive oil and 1/2 teaspoon of spices. Roll the beans to coat them in the olive oil. Bake for 45-60 minutes at 375 degrees until crispy all the way through. Serve as a snack or side dish.