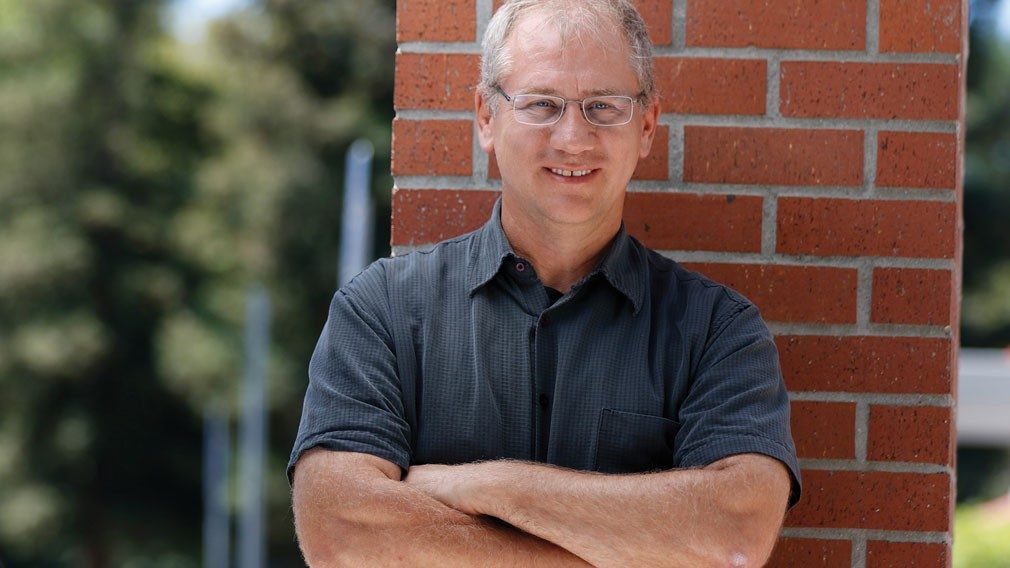 HAPPY WITH HIS CHOICE, FROM THE BOTTOM OF HIS HEART

Paul Beusterien was always tired but didn’t know why. Cardiologists at Stanford Health Care, Emeryville broke the news: Paul had mitral valve regurgitation (also called mitral insufficiency). In this condition, a heart valve doesn’t close as tightly as it should. Blood flows backward in the heart, causing fatigue, shortness of breath, and other symptoms.

For some people, these symptoms may be so mild that treatment isn’t necessary. Unfortunately, that wasn’t the case with Paul. His condition was severe. “I was constantly exhausted,” he says. “I wanted to get it addressed right away.”

He and his cardiologist discussed their options. Treatment may range from medications to surgery, including replacement of the faulty valve with an animal heart valve or mechanical version. However, those valves also generally require replacement in a second surgery years later. Instead, Paul opted for a highly advanced, minimally invasive valve repair option offered at only a few centers worldwide. Stanford Hospital is one.

The Emeryville team coordinated the scheduling and transfer, and Paul’s procedure was successful. Three days later, he was home. And just three weeks after his surgery, Paul was back in his office working.

He has visited an online support group for people with the same condition. “Hearing other people’s experience made me happy with the choice I made,” Paul says. “It’s clear that not everyone got the level of surgical expertise that I did. It wasn’t easy, but I appreciate how well it’s gone.”

“Hearing other people’s experience made me happy with the choice I made.”