Sleep disorders involving abnormal behaviors during sleep are called parasomnias. These nighttime activities can occur at any age.

The Stanford Sleep Medicine Center has extensive experience diagnosing and treating these unique sleep problems, including:

Sleep walking/talking occurs when a sleeping person exhibits behaviors associated with being awake or appears to be awake but is actually still sleeping. Sleep talking happens when a person vocalizes anything from a few words to a whole conversation in their sleep

Sleep terrors are characterized by extreme terror and a temporary inability to attain full consciousness. The person may abruptly exhibit behaviors of fear, panic, confusion, or an apparent desire to escape.  Sleep terrors are also known as night terrors.

Confusional arousals happen when a sleeping person appears to wake up but their behavior is unusual or strange. They may be disoriented, unresponsive, have slow speech or confused thinking.

REM behavior disorder occurs when the body maintains relatively increased muscle tone during REM sleep, allowing the sleeper to move and act out their dreams. Movements may be as minor as leg twitches, but can result in very complex behavior that may cause serious injury to the individual or the bed partner.

Sleep paralysis is considered a disorder when it occurs outside of REM sleep. It can last from several seconds to several minutes and may be accompanied by rather vivid hallucinations, which most people will attribute to being parts of dreams.

Nightmares are vivid dreams that contain frightening images or cause negative feelings such as fear, terror, and/or extreme anxiety. They may be able to be distinguished from sleep terrors based on the timing of the episode and the whether dream content can be recalled. 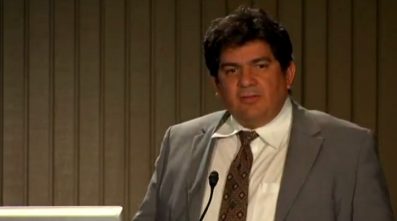