How We Can Help You

Long QT syndrome (LQTS) is a rare disorder of the heart’s electrical system that can lead to dangerous heart rhythms, fainting, and sudden cardiac arrest. At Stanford, our internationally renowned electrophysiologists have the skill and experience to provide superior care for this complex condition.

Our inherited heart disease program is one of few in the country offering the latest cardiovascular genetics services, advanced electrophysiology treatments, and access to both adult and pediatric cardiology expertise to care for family members of all ages.

We provide expert care for LQTS at the Center for Inherited Cardiovascular Disease. 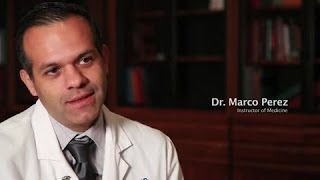 What is long QT syndrome and what are the treatment options? 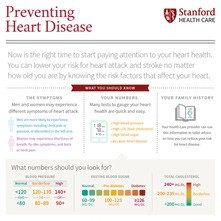 WHAT WE OFFER YOU FOR LONG QT SYNDROME

As a genetic condition, Long QT syndrome affects the whole family. We focus on expert, compassionate care that meets your family’s needs. With highly skilled genetic counselors who work with our doctors and nurses, we offer exceptional genetic counseling and risk management that saves lives.

Although there is no cure for LQTS, we can treat the disorder to prevent fainting and dangerous arrhythmias. We work with you to customize a treatment plan that supports your health needs. We take into consideration the type of LQTS you have and whether you have experienced fainting or cardiac arrest.

At Stanford, you have access to a wide range of treatment options. We discuss these options with you to decide what is right for you.

We partner with you to develop a personalized care plan to avoid potential arrhythmia triggers and help you establish safe levels of exercise. Common lifestyle issues include:

Depending on your individual case, you may need to take beta-blockers or other medications to slow your heart rate.

A pacemaker or implantable cardioverter-defibrillator (ICD) helps maintain normal heart rhythms. We implant these devices in your chest during a minor procedure.

Certain types of thyroid disease can cause LQTS. Treating the thyroid condition can relieve your symptoms and avoid complications of LQTS.

Open trials refer to studies currently recruiting participants or that may recruit participants in the near future. Closed trials are not currently enrolling, but similar studies may open in the future.

There are no open clinical trials for Long QT syndrome at this time.

The Stanford Cardiac Arrhythmia Service is not only dedicated to treating its patients with the finest treatment options available, but also to advancing those treatments. Clinical research studies may be sponsored by the National Institutes of Health, other governmental agencies, or industry.

We work with the Stanford Biodesign Program—an innovative collaboration between medicine and engineering—to develop new technologies in medicine.

How do I find the right doctor for me?

When choosing a doctor, it’s important to consider the doctor’s clinical training, experience and expertise in a specialized area that matches your health care needs.

You can find the right Stanford doctor for you by using our doctor directory and filtering the results based on a medical category, specialty, or doctor’s last name. View a list of cardiac arrhythmia doctors »

What support services are available for patients with arrhythmia?

We offer a number of support services for arrhythmia, including cardiovascular support groups, interpreter services, nutrition services, a Lifestyle Modification Program, integrative medicine, a health library, and a variety of classes and events. Learn more about our support services »

Do I need a doctor referral to be seen at Cardiac Arrhythmia Service?

First Appointment
What should I bring to my first appointment?

You will also need to have the following information with you when you check in:

I need directions to the clinic. Where do I park?

Please plan to arrive 20-30 minutes prior to your appointment time due to construction near the main hospital campus. This will allow you plenty of time to park, locate your clinic and complete any additional paperwork.

How do I send my medical record to SHC?

Please print, fill out, and return the Medical Record Release Form to your new patient coordinator. The medical release form is an authorization form for external facilities to release medical records to Stanford Health Care.

Can my family member or friend attend my appointment?

Always feel free to bring someone with you to your appointments. A family member or friend can help ask questions, remember the information your care team gives you, and provide support.

What is the best way to get all my questions answered during my appointment?

Current Patients
How do I reach someone if I have questions about my care?

How do I pay my bill?

You have multiple options when it comes to paying your bill.

Already have an account but need help logging in?

For our latest business hours and for more information about billing, visit our Billing page.

What support resources are available to me?

We offer a number of support services for arrhythmia patients, including cardiovascular support groups, interpreter services, nutrition services, a Lifestyle Modification Program, integrative medicine, a health library, and a variety of classes and events. Learn more about our support services »

How do I cancel or reschedule my appointment?

Please call our clinic receptionists at 650-723-6459. They are available Monday through Friday, 8:30 a.m. to 5 p.m. to help you reschedule or cancel your appointment.

How do I know if a Clinical Trial is right for me?

To determine if a clinical trial is right for you, talk to your doctor. He or she can refer you to a research coordinator for more information on studies that may be right for your specific condition.

You can also find the guidelines for who can participate in a particular clinical trial online. However, it is best to work with your doctor to decide the right care approach for your needs.

International Patients
I live overseas. How do I access Stanford care?

Many of our programs are available to international patients.

Our International Medicine Services team can help you find the right doctor, estimate medical costs, book travel, and get you information about Stanford programs and services.

What Is Long QT Syndrome?

Certain factors can increase your risk of developing LQTS, such as:

LQTS is either inherited or acquired, and each form has different causes:

The inherited type of LQTS develops because of mutations in the genes that control ion channels, tiny pores on the surface of each heart muscle cell.

In people with inherited LQTS, the body creates too few ion channels or ion channels that do not work well. Reduced ion flow prevents proper electrical activity in the ventricles (lower chambers of the heart), which can lead to dangerous arrhythmias (irregular heartbeats).

The acquired form of LQTS can result from abnormally low levels of electrolytes such as sodium, calcium, potassium, and magnesium. Once electrolyte levels return to normal, the syndrome goes away.

Low electrolyte levels can develop because of:

Certain medications cause acquired LQTS because they lengthen the QT interval (heartbeat recovery phase) in otherwise healthy people. This form of acquired LQTS is called drug-induced long QT syndrome. Medications that can cause LQTS include:

Our arrhythmia team includes specialists in inherited cardiovascular disease and genetic counseling and testing. We provide comprehensive care with a compassionate touch for people with long QT syndrome and other inherited arrhythmias.