Scleroderma is a rare disease in which a person's immune system begins to destroy normal, healthy tissues. (This is called an autoimmune disease.) As a result, connective tissue of the skin, lungs, and internal organs—especially the esophagus, kidneys, and digestive tract—is replaced with scar tissue. This change causes the tissues to become stiff and the muscles to not work as well.

In the esophagus, this makes it:

CREST syndrome is a limited type of scleroderma that can also affect the esophagus. 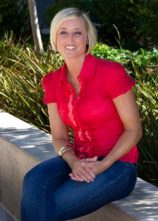 Out of Options: Hand Surgery Saves Fingers and Function

We provide expert care and the latest treatments. Visit one of our clinics to make an appointment.

Scleroderma
We provide advanced diagnosis and treatment for scleroderma, a chronic disease that affects the joints, skin and internal organs.
scleroderma systemic sclerosis