Assessing whether you inherited a higher cancer risk involves more than just genetic testing. We take a comprehensive approach, evaluating the latest clinical evidence to produce a thorough explanation of any risk. We dig deep, going beyond initial results if they do not seem right.

Knowing your risk can prevent cancer or detect disease when it is more curable. It can also guide treatment and follow-up care. We work with you to help make sense of any findings and develop an individualized care plan that respects your choices.

Cancer risk assessment services are provided through the Cancer Genetics Program within the Stanford Cancer Center. 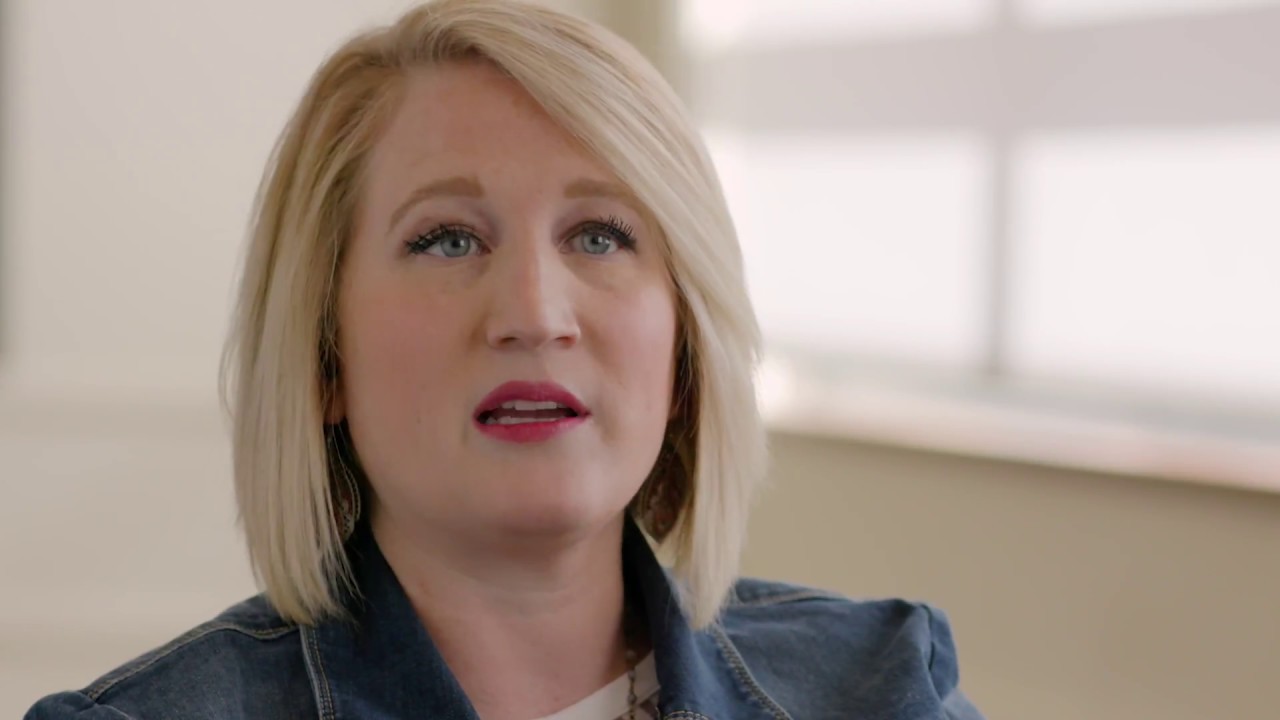 What We Offer You for Hereditary Cancer Risk

What Is an Assessment for Hereditary Cancer Risk?

Most cancers do not have a hereditary cause. While all cancers have genetic mutations, most changes take place after birth and are not inherited. Some, however, get passed down through families. While they do not always cause cancer, they can place you at higher risk.

We help determine whether you face a higher probability of developing cancer and, if so, what your level of hereditary risk is. Throughout the process, our genetic counselors help you understand what the findings and options mean for your lifestyle, mental health, children, and other family members. Our genetic consultations may include:

5 Things to Know About Genetic Testing

Genetics is the branch of medicine concerned with how hereditary and genetic factors play a role in causing a disease, birth defect, or inherited susceptibility to a health problem such as cancer.

Cancers develop due to alterations (mutations) in genes, that when working properly promote normal, controlled cell growth. Only a small percentage of cancers involve inherited mutations that are passed from generation to generation.

The majority of cancers can be attributed to acquired mutations. "Acquired" means that the mutations occur only in the tissue that is affected by cancer (for example, colon cancer cells), and are not passed to children. These changes occur at the cellular level after birth, as a result of environmental exposures (such as smoking), lifestyle behaviors (such as eating poorly or not exercising), or chance alone. Mutations in a person's DNA accumulate over time. If mutations affect genes that control cell growth this may cause a cell to grow out of control, and to ultimately become a cancer cell.

Therefore, all cancers are genetic, in that they develop because of an accumulation of mutations in genes, but most are not inherited. The percentage of cancers that result from a single inherited factor varies depending on the type of tumor. For the more common cancer types, like breast and colon cancer, less than 10% are inherited.

The Human Genome Project began in 1990 with the goal of mapping the location of all of the genes on a cell's chromosomes. This monumental achievement will give scientists the building blocks to determine how diseases such as cancer are caused and hopefully, how to treat them and, ultimately, prevent them.

What are chromosomes and how are they inherited?

The human body is made up of cells. For example, when you have a sunburn your skin peels, and you are shedding skin "cells." In the center of each cell is an area called the nucleus. Human chromosomes are located in the nucleus of the cell. A chromosome is a structure in the nucleus that contains your genes. Your genes determine your traits, such as eye color and blood type.

What are genes, and how do they determine physical traits?

Genes are what determine your traits, such as eye color and blood type. They are contained on our chromosomes, which normally number 46 total (23 pairs) in each cell of our body. There are an estimated 30,000 to 35,000 different genes contained on these chromosomes. Genes are made of DNA. DNA stands for deoxyribonucleic acid. DNA is made up of base pairs that provide the codes for making proteins. So, ultimately, a gene, or a section of our DNA, makes a protein. There is also DNA located in between genes, which does not code for anything in particular, but simply serves as "spacer." Therefore, not all of the DNA in our cells is used to make protein products.

Genes that are present on the first 22 pairs of chromosomes are said to be autosomal. This means that both males and females are equally likely to have these genes. The last pair of chromosomes determines gender. Males have one X and one Y chromosome, while females have two X chromosomes. Therefore, women do not have any of the genes present on the Y, and men have only one copy of genes on the X.

There are many different single gene defects that require clinical care by a physician or other healthcare professional. Listed in the directory below are some, for which we have provided a brief overview.

What is autosomal dominant inheritance?

Autosomal dominant inheritance means that the gene carrying a mutation is located on one of the autosomes (chromosome pairs 1 through 22). This means that males and females are equally likely to inherit the mutation. "Dominant" means that having a mutation in just one of the two copies of a particular gene is all it takes for a person to have a trait, such as an increased risk of developing cancer (see explanation below on "variable expressivity" and "reduced penetrance"). When a parent has a dominant gene mutation, there is a 50 percent chance that any child he/she has will also inherit the mutation.

There are four possible combinations in the children. Two of the four, or 50 percent, have inherited the mutation. The other 50 percent have not inherited the mutation. These four combinations are possible every time a pregnancy occurs between these two individuals. The gender of the children (whether they are sons or daughters) does not matter. The chance is 50/50 for each pregnancy.

An important characteristic of dominant gene mutations is that they can have variable expression. This means that some people have milder or more severe symptoms than others. In addition, which systems of the body the mutation affects can vary as can the age at which the disease starts, even in the same family. Another important characteristic of dominant gene mutations is that in some cases, they can have reduced penetrance. This means that sometimes a person can have a dominant mutation but not show any signs of disease. The concept of reduced penetrance is particularly important in the case of autosomal dominant cancer susceptibility genes. If a person has inherited a cancer susceptibility gene, it does not mean they will automatically develop cancer. It simply means that they have inherited a mutation in a gene that gives them a higher chance to develop cancer than the general population (i.e., someone without the mutation).

Most families know that there is a dominant trait or disorder in their family, because it is passed from parent to child and can be seen in many generations. When a cancer susceptibility gene mutation is inherited in an autosomal dominant manner, it means that the mutation can be inherited from the mother, or the father, who themselves may or may not have ever had any type of cancer. However, with autosomal dominant inheritance, if a parent does not have the gene mutation associated with cancer risk in the family, he/she cannot pass it on his/her children.

How do genes cause cancer?

In order to understand the genetic mechanisms of how genes cause cancer, it is important to review some basic genetic concepts. Genes come in pairs, and work together to make a protein product. One member of the gene pair comes from the mother, while the other member is inherited from the father. Eggs and sperm are called "germ cells." When an alteration or mutation in a gene is present in the germ cells, it is referred to as a "germline mutation." When a germline mutation is inherited, it is present in all body cells. On the other hand, mutations that we are not born with, but that occur by chance over time in cells of the body are said to be "acquired." Acquired mutations are not present in all cells of the body, are not inherited, and are not passed down to our children. Acquired mutations are always involved in causing cancer. Germline mutations are involved in a small percentage of cases.

The formation of tumors basically results from cell growth that gets out of control. In the human genome, there are many different types of genes that control cell growth in a very systematic, precise way. When these genes have an error in their DNA code, they may not work properly, and are said to be "altered" or mutated. An accumulation of many mutations in different genes occurring in a specific group of cells over time is required to cause malignancy. The different types of genes, that when mutated, can lead to the development of cancer are described below. Remember, it takes mutations in several of these genes for a person to develop cancer. What specifically causes mutations to occur in these genes is largely unknown. However, mutations can be caused by carcinogens (environmental factors known to increase the risk of cancer). The development of mutations is also a natural part of the aging process.

What is the difference between familial and inherited cancer?

When a healthcare provider looks at a family's medical history to determine whether the cancer in a family is hereditary, he/she starts by asking the following questions:

All of this information is recorded in the form of a family tree, called a pedigree. The information is used to try to classify the family history into one of three categories described below. Often, additional information such as medical records or results of genetic testing may be gathered to aid in the classification process. Classifying the family history helps in determining whether relatives have an increased chance of developing specific types of cancer, how great the risk of cancer might be, and whether genetic testing might be helpful in further evaluating cancer risks in the family.

What is the Human Genome Project?

The Human Genome Project (HGP), according to the National Human Genome Research Institute, was the international, collaborative research program formed to complete the mapping and understanding of all the genes of human beings. All our genes together are known as our "genome."

The hereditary material is the double helix of deoxyribonucleic acid (DNA), which contains all human genes. DNA, in turn, is made up of four chemical bases, pairs of which form the "rungs" of the twisted, ladder-shaped DNA molecules. All genes are made up of stretches of these four bases, arranged in different ways and in different lengths.

During the HGP, researchers deciphered the human genome in three major ways: determining the order, or "sequence," of all the bases in our genome's DNA; making maps that show the locations of genes for major sections of all our chromosomes; and producing what are called linkage maps through which inherited traits (such as those for genetic disease) can be tracked over generations.

The HGP revealed that there are probably somewhere between 30,000 and 40,000 human genes. The completed human sequence can now identify their locations. The result of the HGP has given the world a resource of detailed information about the structure, organization, and function of the complete set of human genes. This information can be thought of as the basic set of inheritable "instructions" for the development and function of a human being.

Learn about the types of Genetic Assessment and Counseling, risks, techniques, and conditions treated.