Experts in Bariatric and Metabolic Disorders

Bariatric surgery, and the lifestyle changes required to achieve your desired outcome, requires a serious commitment on your part. But your commitment also comes with a promise from the Bariatric and Metabolic Interdisciplinary Clinic (BMI Clinic) to do everything we can to help you succeed.  Stanford's Bariatric Surgery Clinic is the first Center of Excellence in Northern California to achieve Level 1A certification by the American College of Surgeons.

Our Locations
Make an appointment 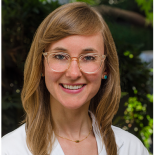 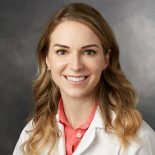 Care and Treatment of Bariatric and Metabolic Disorders

(Not all services available at all locations.)

Overweight and obesity are not the same, rather they represent different points on the same path of weight, ranging from underweight to obese. Where you fall on this path is determined by Body Mass Index (BMI).

BMI is a measure of weight proportionate to height. Generally, BMI is considered an effective way to evaluate whether a person is overweight or obese, though there are exceptions to the rule. Some muscular people may have a BMI that puts them in the overweight range. However, these people are not considered overweight because muscle tissue weighs more than fat tissue.

You are underweight. Generally, it’s better to be underweight than overweight. However, being underweight also can indicate an undiagnosed medical condition. Check with your primary care provider to make sure you’re healthy at your current weight.

Congratulations! Your body mass index falls within a healthy range. Keep doing what you’re doing with your healthy habits.

You’re overweight. This can lead to medical problems like diabetes and high blood pressure. Learn more about the medical weight loss program we offer at the Stanford BMI Clinic for the tools and support you need to lose that excess weight and avoid obesity-related conditions. We’re here to help every step of the way.

Your BMI falls into the obese range. You’re not alone. Over 45 million Americans have a BMI above 30, just like you do. Obesity can lead to serious medical issues like type 2 diabetes and hypertension. You should take steps to lose weight in order to avoid these obesity-related conditions. Call the Stanford BMI Clinic at 650-736-5800 to learn more about our comprehensive bariatric surgery and medical weight loss programs.

To request an appointment with one of our bariatric specialists, call: