Transcatheter aortic valve replacement (TAVR) is a procedure that may be recommended for patients who have severe aortic stenosis as an alternative to open heart surgery. Compared to surgical valve replacement, TAVR is a less invasive method of replacing the aortic valve.

Stanford was the first TAVR program in Northern California and began performing TAVR procedures in 2008. Over 1500 TAVR procedures have been performed at Stanford and currently approximately 300 TAVR cases are performed annually. The Stanford TAVR Program is offered through Stanford Interventional Cardiology and Cardiothoracic Surgery, world leaders in diagnosing and treating heart conditions.

Transcatheter Mitral Valve Repair (TMVR) is also performed at Stanford as a treatment for mitral regurgitation. Like TAVR, it is a less invasive method of repairing the mitral valve compared to surgical repair. 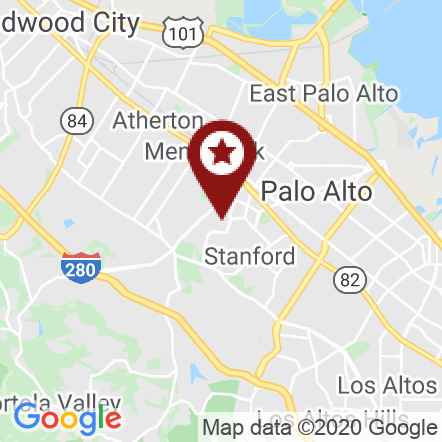 Transcatheter aortic valve replacement (TAVR) is a newer, minimally invasive approach for treating aortic valve disease. During the procedure, we thread thin tubes called catheters through an artery in the leg to reach your heart. This approach avoids opening your chest, putting you on a heart-lung bypass machine, or making an incision in your heart.

The Stanford TAVR Program is offered through Stanford Interventional Cardiology, a world leader in diagnosing and treating heart conditions.

We are proud to have earned the 2020 recognition from the Human Rights Campaign Foundation "Healthcare Equity Index."

A recent decision by the Food and Drug Administration opened the door for Sharon Kramer of Atherton, California, to undergo a less-invasive heart valve replacement.

Fred Wilder, 84, is a retired farmer who lives in Visalia. He’s the stoic type and didn’t even realize he was having trouble getting around. "I was short of breath a lot,” said Wilder, “breathing heavy as I walked across the room. I didn’t notice it much, but my family did.”

If you are considering or have been told that a heart valve procedure may be beneficial for you, please contact our Heart Valve Clinic office at 650.725.2687. We will inform you and your physician of all the necessary medical records and test results required prior to your evaluation with our clinical team.

Please contact us with questions you may have regarding the TAVR and MitraClip procedures.

Submit a web referral or fax a referral form with supporting documentation to 650-723-4998.