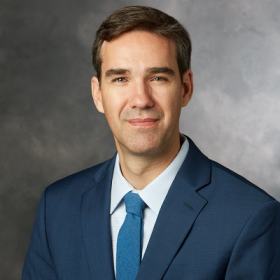 Professor of Neurosurgery and, by courtesy, of Otolaryngology - Head & Neck Surgery (OHNS)

Dr. Juan Fernandez-Miranda is Professor of Neurosurgery and Surgical Director of the Stanford Brain Tumor, Skull Base, and Pituitary Centers. He is internationally renowned for his expertise in minimally invasive brain surgery, endoscopic skull base and pituitary surgery, open skull base surgery, and complex brain tumor surgery. He has performed nearly 3,000 cranial operations including over 1,500 endoscopic endonasal operations for pituitary tumors and other skull base lesions. He is highly regarded for his innovative contributions to the development and refinement of endoscopic endonasal skull base surgery, for his ability to select the most effective and less invasive approach to each individual patient, and for his precise knowledge of the intricate anatomy of the white matter tracts required to maximize resection and minimize morbidity on high and low grade glioma patients. He has been recently ranked by Expertscape as World-Expert (top 0.05%) on Skull Base Surgery and #1 Neurosurgeon Expert on Skull Base Tumors (pituitary adenomas, meningiomas, craniopharyngiomas, chordomas, chondrosarcomas, schwannomas and esthesioneuroblastomas) on the US Pacific Region. He is co-founder and vice-president of the International Rhoton Society and executive member of the Board of Directors of the The Neurosurgical Atlas, the largest nonprofit organization for neurosurgical education and research in the world.

Dr. Fernandez-Miranda completed neurosurgery residency at La Paz University Hospital in Madrid, Spain. Upon completion of his residency, he was awarded the Sanitas Prize to the best medical postgraduate trainee in the country. From 2005 to 2007, he underwent fellowship training in microsurgical neuroanatomy at the University of Florida under legendary neurosurgeon Albert L. Rhoton, Jr. From 2007 to 2010 he continued subspecialty clinical training in cerebrovascular surgery at the University of Virginia, and endoscopic endonasal and open skull base surgery at University of Pittsburgh Medical Center (UPMC). During his 10-year tenure at UPMC, he pioneered endoscopic endonasal approaches to highly complex pituitary and skull base tumors, developed a world-class complex brain surgery program, and led a premier training and research program on surgical neuroanatomy and skull base surgery.

In 2018, he was recruited to bring to Stanford his unique technical expertise and to collaborate with world-renowned Stanford colleagues across multiple disciplines, leading the establishment of one of the most preeminent centers worldwide for comprehensive treatment of complex lesions in the brain, skull base, and pituitary regions. His top priority is to provide gentle, accurate, and safe surgery, in a team-based and compassionate approach to patient care.
View Full Biography »

How Our Ratings Work

The Patients Ratings and comments are gathered from our Patient Satisfaction Survey and displayed in their entirety.